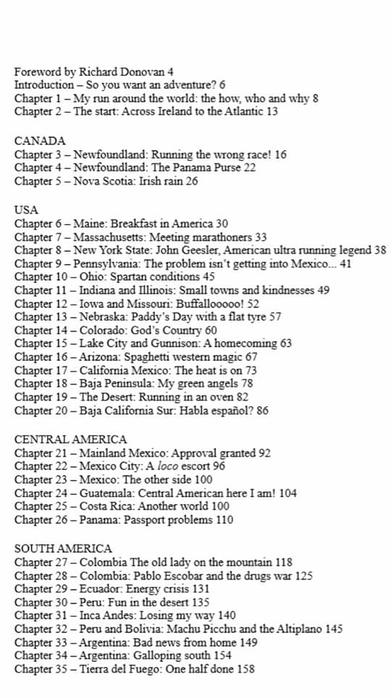 Now Available for purchase as an E-Book, Download your copy Today and Start reading about Tony's World Adventures!   All proceeds support Tony on his World Walk for Cancer Awareness!  Order Today!
Thank You in Advance for Your Support!...Tony

My first book about my world run is titled: "The Irishman who ran around the world. Part One.- Dublin to Tierra del Fuego." is now available for purchase! Well kinda 😂

Due to so many queries from my friends and supporters I have decided to sell a PDF version of my unpublished book as a fundraiser for my world walk. It's still a work in progress and there are many spelling mistakes still to be corrected. It's going to take me a while before I can correct this so the sale is under that condition.

It will be sold for a suggested minimum donation of 20 Euro, (circa US $ 22.00,  Aus/Nz $30.00) paid to the Paypal link above or on either of my websites www.myworldwalk.com or www.theworldjog.com/blog  You don't need a PayPal account just a credit or debit card and are welcome to donate whatever you like above the suggested minimum 😂 Thank you so much. Also please leave your email address in the donation comments

I will use these proceeds towards funding my world walk as I have expensive ferries, flights and travel insurance coming up. For each sale/donation, I will make my own donation to a poor person I meet on my global walk around the world. ( And I meet so many, it's so sad that I can't help them all. )

It is sold and you purchase under a condition of trust that it won't be forwarded on willy-nilly. I recommend it being printed out and ideally bound. Then you can give it to your friends or family to read, just like any other book. You can also just read it directly off your mobile phone or laptop.

I have given it to a few close friends to proofread and their feedback has been encouraging. Note to my American friends. It's written in English - English! I was not aware of so many differences between our different formats, word spellings etc until I started the book!

It has been wonderfully edited by Lindie Naughton who is one of Irelands leading athletics journalists and an author in her own right. As previously mentioned I haven't had time to make her recommended corrections due to me being on the road.

Perhaps you may consider this to be a Christmas read for yourself or the runner or travaler in your life?

The countries I ran across in part one: Ireland, Canada, USA, Mexico, Guatemala, El Salvador, Honduras, Nicaragua, Costa Rica, Panama, Colombia, Ecuador, Peru, Bolivia, Argentina and Chile. My run distance in this part was just over 25,000 kilomerres/almost 16,000 miles. The entire world run was 50,000 kilometers or about 31,000 miles, give or take a few miles.

The forward for the book, was kindly penned by Richard Donovan and is printed below.

Thank you for your kind support!

"The world of extreme sports is often subject to exaggerated claims, making it difficult to decipher the nonsense from the real thing. Make no mistake, Tony Mangan is the real thing.

In 2007, Tony set an official world record for 48 hours. He ran around a track for two days covering a total distance of 426km, or 10 marathons, more distance indoors than anybody else in history, and beating the world’s top ultra-distance runners in the process. Yet, despite the magnitude of the achievement, it came as no surprise to the ultrarunning fraternity: Tony had already set a 48-hour world record for running on a treadmill and represented Ireland with distinction at both European and World Championships at 24 hours.

Tony had actually become inextricably linked with ultrarunning, it defined his life, and the longer the distance the better he became.

Ultrarunning, the sport of running distances longer than a marathon, certainly has no place for pretenders when it comes to running for days or weeks or months on end. When the body screams to stop, the mental side must somehow override this physical resistance and push on, far beyond the normal levels of physical tolerance. With scarce energy or simply pure exhaustion, it’s not unusual for ultra runners to experience epiphanies of sorts. They question themselves, their reason for running, indeed their raison d’etre, and they must come up with a good answer. In this sport, older runners routinely outperform younger ones, and women are on an equal par with men over vast distances. Ultrarunning is, after all, an endurance sport and not a power sport.

Against this backdrop, and at 53 years of age, Tony Mangan, a former construction worker from Dublin, decided to test the limits of his endurance, indeed the limits of human endurance, by undertaking one of the most audacious modern-day adventures on foot….

Tony conceived of a global run and in 2010 he made it a reality. Tony’s ‘World Jog’, as he called it with self-deprecating humour, was not merely going to be a run around Planet Earth, it was going to be the longest run in history around the planet, covering 50,000km in all. The scale of the overall trip was mind-boggling: forty-one countries, five continents, six deserts, numerous mountain ranges.

This book, the first of two on his epic four-year journey, details the Americas. It is a no holds barred, candid account, which gives a remarkable insight into his fears, his doubts, his encounters, and ultimately how he triumphed over distance and adversity. Tony rarely had a support vehicle, running mostly with a backpack or pushing his small cache of necessary items to survive in a cart he called ‘Nirvana’. He ran more than a marathon a day, every day, stayed in remote villages, survived on near subsistence, and yet encountered some of the most wonderful people and acts of kindness along the way. His experiences of extreme temperatures, severe dehydration, potential journey-stopping injuries, and mental and physical exhaustion, are as mind-boggling as the overall geography itself.

Tony is a remarkable man, yet a modest and straightforward man. This book will convince you that anything is possible when you put your mind to it and persevere. Tony is proof."
Richard Donovan is a former Director of the International Association of Ultrarunners. He organises some of the most extreme races on the planet - the North Pole Marathon, Antarctic Ice Marathon, Volcano Marathon and World Marathon Challenge (7 Marathons on 7 Continents in 7 Days). He was the first marathoner at both the North and South Poles and holds the current world record for running marathons on all 7 continents at 4 Days 22 hours 3 Minutes. Richard ran 5,000km across North America in 2015 and 3,000km across Europe in 2016. He then followed that up with another 3,000km run across South America in 2017.

PS Thanks to Amanda Younge for the following review.
"I was one of the lucky ones who Tony asked to review his first book. It is absolutely gripping. I have read many running books by now but none are quite like this. Tony has found the balance of detail to keep the reader involved and interested as well as being able to imagine the experience for ourselves. I loved hearing first hand how he dealt with the logistical issues and how he overcame obstacles and difficulties (sometimes legal issues, weather-related events, wild animals or simply trying to get a good meal in the right place at the right time at a reasonable price!). You can smell the sea air and feel the gravel beneath your feet as you join Tony on his journey.

What jumps out too is the passion with which it is written. It's raw and that adds to its charm. I've no doubt it'll fly off the shelves or the laptop or tablet! Best of luck Tony!" 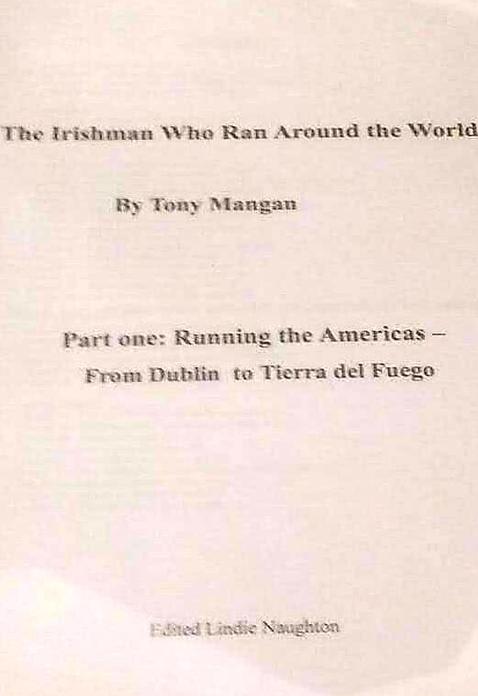 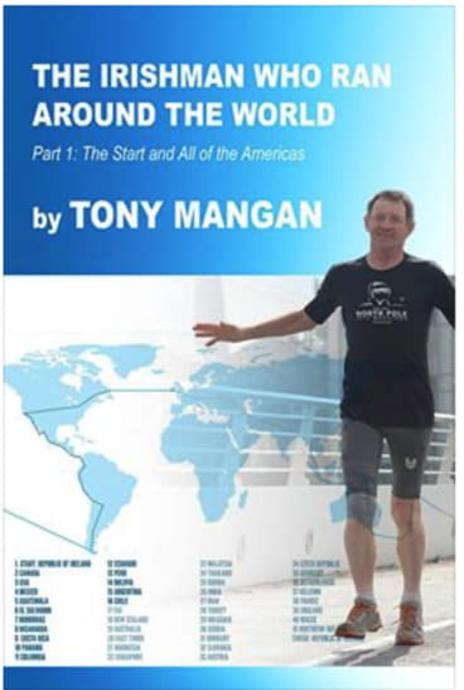